Although shorthand is important and wholly necessary, stenographers rarely make headlines. But that is changing, thanks to Wisconsin basketball team The Badgers. Basketball player Nigel Hayes startled press conference attendees with some big words, including “onomatopoeia,” “antidisestablishmentarianism,” and “cattywampus.”

Hayes offered this explanation to the bewildered press: “Well, that wonderful young lady over there, I think her job title is a stenographer, yes. OK. And she does an amazing job of typing words,” Hayes said. “Sometimes, if the words are a little not in her dictionary, maybe if I said soliloquy right now, she may have to work a little bit harder to type that word.” The unnamed stenographer in question uses her skills and steno machine for broadcast captioning, but the skill set actually lends itself to several different fields.

For example, in addition to broadcast captioning, stenographers can also make a living (and often a pretty impressive one, too) working for a court reporting agency. Court reporters also use steno machines and, of course, the associated shorthand. On average, court reporting services require employees to type 225 to 250 words per minute (WPM) with a 95% accuracy rate. In order to start a career in professional court reporting, U.S. men and women must undergo a special training program and pass a certification exam. Unlike their broadcast captioning counterparts, court reporters are no stranger to big words and fairly complicated language. Perhaps that is one of the reasons court reporters’ salaries start at $40,000 and go up as high as $100,000 over time.

With stenographers enjoying their 15 minutes of fame, thanks to Hayes, many Americans are asking: Are steno machines and stenographers still relevant today? Will technology replace these jobs and these professionals? The answer: It’s highly unlikely they’ll be replaced. New digital and electronic alternatives to steno machines still require humans to operate them, and the process remains relatively complex (also necessitating an educational program and a certification exam available in 150 different U.S. testing sites). 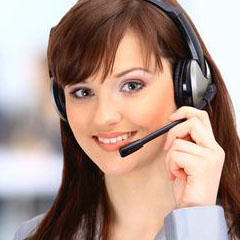